Is carbon dioxide harmful? The answer to this question depends on the scale. There is no doubt that rising carbon dioxide is harmful for the environment, and it has been identified as the main greenhouse gas responsible for climate change. However, if we are dealing with offices and other indoor environments occupied by humans, carbon dioxide is only a threat when its concentration reaches extremely high levels.

Do Not Confuse Carbon Dioxide With Carbon Monoxide

To be lethal, carbon dioxide must reach a very high concentration. According to the US National Academies Press, at 100,000 ppm it causes unconsciousness in 5-10 minutes, and at 300,000 ppm in as little as one minute. For comparison, carbon monoxide is much more dangerous for humans: at 12,800 ppm it causes unconsciousness in just a few breaths and death within minutes. Truth is, there is very often a confusion between carbon monoxide, which is terribly dangerous, and carbon dioxide, which isn’t unless the concentration is very high.

Calling carbon dioxide an indoor air pollutant can be misleading: even minor effects like headache only start to occur at concentrations above 20,000 ppm. For comparison, the US Environmental Protection Agency has established the allowable carbon monoxide concentration at 9 ppm for an 8-hour period, and at 35 ppm for a 1-hour period.

When dealing with climate change, the story is different. Unfortunately, Earth is susceptible to much lower levels of CO2 than the humans who inhabit it. Atmospheric carbon dioxide is now above 400 ppm – too low to have a direct effects on humans, but high enough to affect global climate.

VOCs and PM can be considered a better indicator of indoor air quality, since these substances have negative effects on human health at much lower concentrations than CO2.

How Does Carbon Dioxide Affect Humans?

As carbon dioxide concentration reaches high levels, the first two effects experienced by most individuals are shortness of breath (dyspnea) and intercostal pain. However, the concentration of CO2 has to reach values around 28,000 ppm to start inducing these effects, according to research results published in the US National Academies Press. 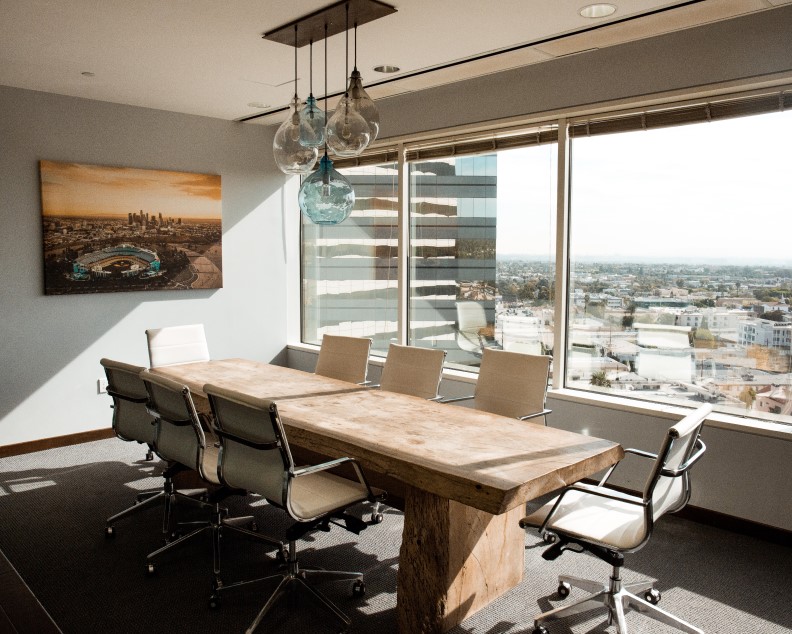 Carbon dioxide can also induce headaches, but the degree of physical activity of the individual plays a role. For persons at rest, CO2 normally induces headaches when above 50,000 ppm, while causing visual and hearing impairments. The threshold for headaches is reduced to 20,000 ppm when physical activity is performed, but it is still an extremely high value.

Carbon dioxide is denser than the mix of gases we call air: its density is 1.98 kg/m3 while that of air is 1.225 kg/m3. For this reason, carbon dioxide displaces air and tends to gather close to the ground. This is not dangerous at the low CO2 concentrations found in most offices and commercial settings, but can be a risk in enclosed spaces that are only accessible from above, such as mine shafts.

The US Environmental Protection Agency also provides guideline values for carbon dioxide, and the effects observed match those described in the National Academies Press. The US EPA guidelines can be summarized in the following table:

According to ASHRAE, if an indoor space has well-designed ventilation, the carbon dioxide concentration will typically be under 1,000 ppm. This concentration is generally achieved at an airflow of 15 cfm per occupant, and can be reduced to 800 ppm by increasing airflow to 20 cfm per occupant.

Deficient ventilation increases CO2 levels above 1,000 ppm, but drastic spikes tend to be brief and only occur when combustion devices such as gas stoves are used. For instance, the Canadian National Collaborating Centre for Environmental Health (NCCEH) studied CO2 levels in classrooms, and their highest reading was 1,660 ppm for a classroom with poor ventilation and closed windows. Higher levels such as 7,000 ppm are normally observed only in applications where people are present in an enclosed space for extended periods, such as submarines or the International Space Station.

Nevertheless, although CO2 needs a very high concentration to affect human health, cognition experiences negative effects at much lower concentration values. The Harvard School of Public Health and Lawrence Berkeley National Laboratory have determined that negative effects on human cognition and decision-making start at values as low as 1,000 ppm. This is still an ongoing topic of scientific research, since other studies have found no such effect in the range of 1,000 ppm 3,000 ppm, which is occasionally reached in crowded rooms. The OSHA (Occupational Safety and Health Organization) currently limits CO2 exposure to 5,000 ppm for an 8-hour workday, but this value could be reviewed in the face of more evidence.

There are specific cases where carbon dioxide represents a threat to humans, but they are not everyday situations you can expect in a commercial or office building.

Different kinds of fire extinguishers that can be found in a commercial setting.

According to the US EPA, only 20% of fire suppression systems use agents other than water, and among these special-application systems only 20% use carbon dioxide. In other words, carbon dioxide systems account for 4% of all fire suppression installations. These systems are regulated by standards that require measures such as activating an alarm before discharge with sufficient time to allow evacuation, and providing lockout for control panels to prevent an unintended discharge. Of course, all personnel working in areas with CO2 fire suppression must receive training on how the system operates and the risks it poses. Internationally, CO2 fire suppression systems in land-based work environments are regulated by OSHA.

Small concentrations of carbon dioxide in indoor spaces even have practical applications. For example, there is a correlation between CO2 concentration and occupancy in buildings, so the value can be measured to adjust ventilation accordingly. This concept is called demand-controlled ventilation, and it is one of the most effective strategies to reduce the energy consumption of HVAC systems. ASHRAE has allowed the use of CO2 as an occupancy indicator to control ventilation since 1989.

However, the level of pollutants such as VOCs and PM can be considered a better indicator of indoor air quality, since these substances have negative effects on human health at much lower concentrations than CO2. 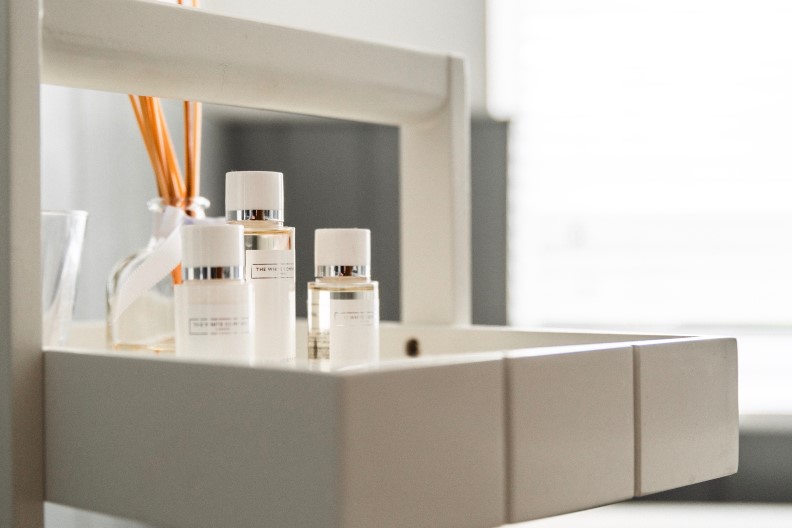 VOCs have a much more negative effect on our health than CO2, yet we welcome them in our daily lives.

A Word About the Environmental Impact of Carbon Dioxide

Although carbon dioxide must reach very high concentration values to affect us humans, its environmental impact is felt at much lower concentrations. For hundreds of millennia and even before the start of human civilization, CO2 concentrations had stayed below 300 ppm, with cyclic increases and decreases, going as low as 180 ppm. There has been a strong correlation between CO2 levels and global temperatures, where ice ages have corresponded to the lowest points – the last one ended around 7,000 years ago.

However, CO2 levels surpassed the 300 ppm threshold in 1950 for the first time, and have increased to nearly 407 ppm as of September 2017. Since the late 19th century, average global temperatures have increased by 2°F, and the global scientific community has above 95% certainty that human activity has been the driving cause, especially CO2 emissions.

So far, 2016 has been the warmest year on record, and each individual month was also the warmest on record when compared against historic values for the same month.

The top 700 meters of ocean water have warmed by 0.305°F since 1969, which may seem like a small increase. However, considering the high heat-holding capacity of water, this represents a massive amount of heat.

Both poles are losing ice at an alarming rate: Greenland and Antarctica are both losing above 150 cubic kilometers per year. Sea level rose by 8 inches in the 20th century, but has been rising twice as fast since around the year 2000.

When dealing with carbon dioxide, indoor air quality and human health require a different approach than environmental protection. While the current atmospheric CO2 level of 400 ppm is alarming in terms of climate change, it takes much higher levels for CO2 to harm humans directly in indoor environments: it takes values as high as 20,000 ppm to cause a mild headache. The effect of CO2 on cognition is more important, since it has been linked with concentration and focus issues at values as low as 1,000 ppm. Spikes above 3,000 ppm are rare in offices and commercial locations, and you need an enclosed and unventilated space such as a submarine to see values above 5,000 ppm.

Another important consideration for indoor air quality is that CO2 must not be confused with carbon monoxide (CO), which is harmful for humans at much lower concentrations. For example a CO2 concentration of 10,000 ppm is not even felt with short term exposure, while the same concentration of CO is lethal within seconds.

ASHRAE standards have focused on CO2 as an indicator of indoor occupancy, and its measurement is typically used to control ventilation systems with variable airflow. However, considering that CO2 is not harmful at normal indoor concentrations, an innovative option is to control ventilation based on volatile organic compounds (VOCs) and particulate matter (PM) instead – these substances have a proven relationship with human health issues.

Foobot’s Smart Air Building technology automatically monitors your office air quality 24/7/365. Thanks to the use of Machine Learning algorithms our technology is able to control your HVAC system to counteract spikes of some pollutants, humidity, temperature, or occupancy, and keeping comfort at the same time. This way your office occupants will breathe healthier air, see productivity levels increase and energy bills tank. Learn more here.