More than 26.5 million people are diagnosed with asthma in the US, and more than 6 million of those affected are children. The most susceptible of those children are those who live in low-income neighborhoods. The direct correlation between income and treatment received isn’t a difficult one to connect; poor families live in poor neighborhoods and lack the health resources, the education, the money and oftentimes control of their immediate environment. This combination makes it nearly impossible to prevent asthma from affecting kids in low-income communities.

Everyday 40,000 people miss school or work due to asthma

44%
of all asthma hospitalizations   are for children

cause of school absenteeism among children

It’s never easy for a doctor to come to a conclusive finding for any asthma attack because of the many factors involved that can trigger it, not to mention preventing it. It’s even worse for kids from poorer backgrounds. Doctor visits typically occur monthly for severe asthmatic cases, but according to a research assistant at the Knowledge-Enabled Computing lab, Utkarshani Jaimini, “when a doctor asks a patient what happened after they have an attack, the patient won’t remember even if it was within the week, and definitely not if it happened months ago.”

So researchers at Wright State’s Ohio Center of Excellence in Knowledge-Enabled Computing (Kno.e.sis) are trying to find a solution to better treat kids with asthma by pioneering a case study focusing on controlling asthma with the aid of everyday technology. Most importantly, they wanted it to be representative of the large population of kids with asthma from underprivileged backgrounds.

With the recent rise and rapid adoption of affordable smart devices, such a solution can give doctors the data they need to see exactly what’s going on in their patient’s home, and fill in the informational gaps. This solution could also expand to schools where kids spend a lot of time. The kHealth lab sees a great potential in low-cost sensors and wearables, which give clearer feedback to patients and physicians, decreasing the suffering of asthma patients.

Through a partnership with a nearby hospital, the kHealth lab started conducting a double-blind study where asthma patients between the ages of 5 and 17 years old would be tested. Each patient would be given a kit containing low-cost sensors, including a Foobot, a Fitbit and a breathing monitor for continuous monitoring. 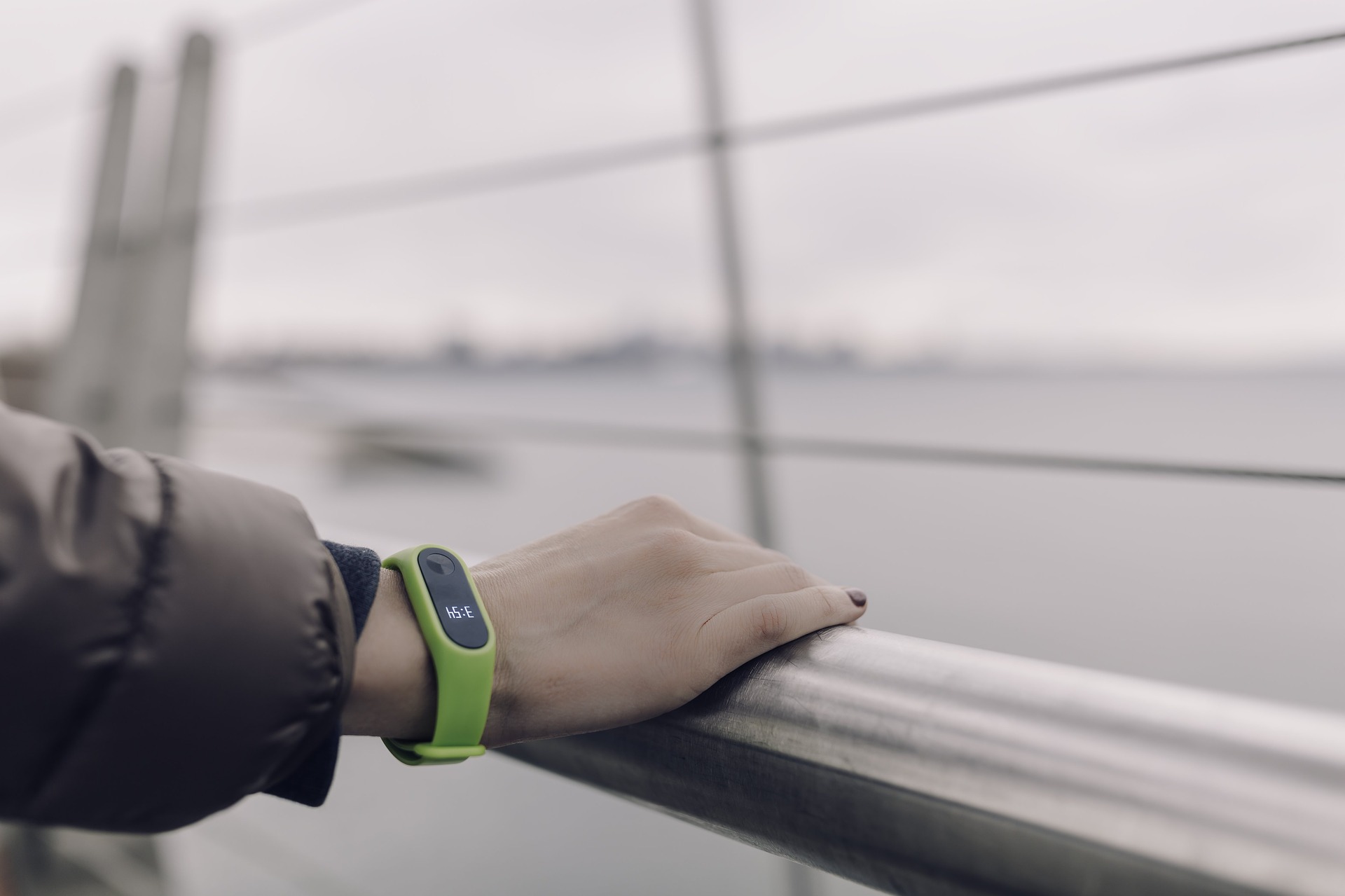 Kid wearing a Fitbit to monitor her heart activity.

Foobot helped to determine how much time patients spent indoors, and whether it was in a clean and controlled environment. Since Foobot recorded real-time data every 15 milliseconds and sent that information to the cloud every 5 minutes, it acted as the best-most relevant sensor to measure the patient’s IAQ and to identify correlations with asthma attacks.

The group would also be divided into active sensing participants, where patients would answer questions from their home using a tablet computer, or passive sensing, where patients aren’t involved in any way besides wearing the Fitbit or placing the Foobot somewhere. Either way, the devices would provide vital information on a patient’s pollution exposure and vitals, day-to-day and even hour-to-hour. This in turn allows physicians to give more actionable treatments to their asthma patients.

Most importantly, once the study was validated, physicians would be able to prescribe these low-cost sensors to kids in poorer communities as a form of treatment. This would mean a quick, accessible and low-cost way to treat asthma patients. In addition, the devices would also ease the burden on parents so they don’t have to remember and report all the symptoms during an asthma attack, and can instead focus on supporting their child.

Results have yet to be conclusive since the research is in its earliest stages. But from the 15 deployments completed, kHealth researchers have already drawn clear, actionable conclusions from the sensor data. In one case, pollen levels were consistently high for six days out of the entire week. Researchers were able to see that during a certain day, kids weren’t debilitated from their asthma attacks and were able to physically perform regularly while pollen levels were low, a condition that remained for a couple of days. Then when pollen levels climbed back up, kids were once again heavily affected. 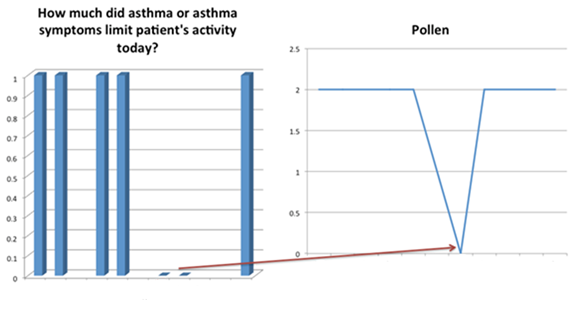 Relationship between low pollen levels and absence of tiredness symptoms.

But these kids weren’t affected equally. Every asthma case comes with specific sensitivities to pollen and bad air quality. Having sensors for each kid the kHealth team is able to examine kids on a case-to-case basis, identify the specific needs of each person, and determine pollutants to avoid or times to stay indoors. In turn, this will allow physicians to make more personalized treatment plans and recommendations.

These results should be noteworthy not just for physicians and researchers, but also for building managers, especially those of schools. According to public statistics, on a small school of 500 children there will be more than 40 kids with asthma. That’s more than enough to justify a prevention system and protocol that ensure kids breathe a clean and healthy air.

A Reason to Keep Thinking Out of The Box

For researchers like Utkarshani, these results have been enlightening, but also saddening as she can only imagine the ordeal some of these kids are going through while they wait for better treatment methods to arrive. Due to the way the study was designed, she’s not able to connect any patients with faces, or even names; just their patient number.

Results may come in for an 8-year old patient, #002, along with data of 15 days of high pollen count. Utkarshani reflected on the experiment and recalled, “I wouldn’t know their name or what they look like, but I would see that for five days in a row, they woke up in the middle of the night because they couldn’t breathe. And I’d think, who’d want that? And when they’re just 8 years old.” Although tough to imagine for an 8-year to go through, it’s even harder to imagine what a parent must go through to watch helplessly as their child suffered this way, or the anxiety from the fear of a call from the school due to an asthma attack.

This type of motivation pushes researchers like the kHealth team to think out of the box and start applying methods not typically used in the medical field. The study is still in its pilot phase, but the kHealth team hopes to validate this process with a larger sample size of 200 patients. When the time comes, this data will offer a method of early prevention to educate low-income families. One day, kid #002 will no longer have to suffer.

For more on how Foobot’s technology can improve air quality, and the health of those who bring it into their lives, click here.